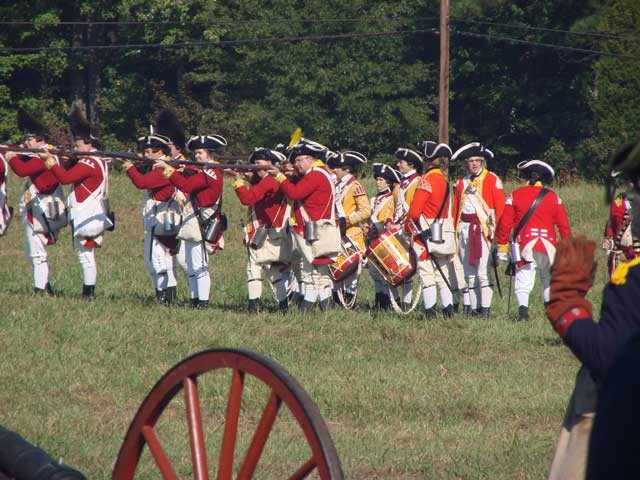 Like the many brave men and women who gave up their lives to fight for independence, the stately homes and businesses of Yorktown were also sacrificed during that last decisive battle. By the end of the Revolution, just 70 buildings and less than 700 residents remained in Yorktown. Then a fire in 1814 destroyed even more homes as well as the entire waterfront district. And, in 1862, Yorktown was the site of yet another siege during the Civil War. Many more homes were destroyed during this battle and subsequent Union occupation. Yorktown never again achieved the prominence it enjoyed prior to the Revolutionary War.

Thankfully, despite all this, several well-preserved buildings from Yorktown’s past remain and give the town a decidedly Colonial atmosphere. It’s a wonderful place to spend the day, with historic buildings available to tour, as well as shops and museums to visit.

Begin your visit at the National Park Service Visitor’s Center, and sign up for a walking tour of the Main Street and once bustling wharf area. Then take a tour of some of the buildings you saw along the way. One of the most popular is the 1711 Georgian manor home of Thomas Nelson Jr., a signer of the Declaration of Independence and the first commander of the Virginia militia. Informal tours of the home are offered throughout the year. Another popular destination is the Moore house, where the terms of Cornwallis’s surrender were negotiated. The home has been restored and refurnished to an 18th century appearance and offers tours throughout the spring, summer and fall.

Within walking distance of the buildings owned by the National Park Service, are two museums. One is the Waterman’s Museum and the other is the Yorktown Victory Center and Museum. The museum offers an Indoor exhibit that tells the story of the Revolution through the lives of 10 ordinary men and women who lived during that time. Outside, you can visit a recreated Continental army encampment as well as a recreated 1790 farm. There are costumed interpreters and visitors can participate in hands-on activities.

Plan a trip to Williamsburg

And, finally, visit Yorktown Battlefield, either on your own or with a Park ranger. Walking tours take you along the siege line and Rangers give an artillery demonstration that highlights the decisive 1781 siege at Yorktown. There is also a very good driving tour. You can pick up a CD at the Visitor’s Center. The driving tour comes with a map and directs you where and when to stop, explains what you are seeing, and uses a theatrical narrative to keep the tour entertaining for all ages.