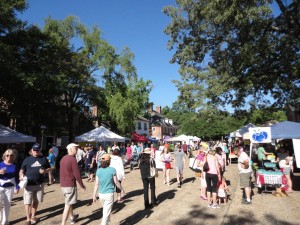 It’s summer! We had a colder-than-normal winter as well as a definitely very chilly spring and now it’s time to get outdoors and (forgive us, but we must…) PAAARTAAAYYY!!!

A concert takes place at 7 p.m. each Wednesday. The scheduled bands are:

Bring a lawn chair, blankets and all the dancers in your family and among your circle of friends. Dancing is very much encouraged. If cutting a rug isn’t an option for you, toe tapping is required….

For more information on the Summer Concert Series in Colonial Williamsburg’s Merchants Square, visit the Merchants Square website at www.merchantssquare.org or call (756) 565-8889.