Walk in the footsteps of Colonial Williamsburg’s ordinary citizens and historic figures as the story of our struggle to become a nation is played out on the very streets where events leading to the establishment of an American republic first occurred.

“The Revolutionary City” program is dedicated to connecting 21st century guests to the American Revolution in a whole new way. Each afternoon from 3:15 PM to 4:45 PM, the east end of Colonial Williamsburg’s Historic Area near the Capitol will come alive as you and Williamsburg’s townspeople participate in a family-friendly, live program that covers the period of 1774 – 1781. Through a combination of large-scale events and multiple simultaneous vignettes presented in and around the buildings on Duke of Gloucester Street, you will be caught up in the sights and sounds of Williamsburg during the years of the American Revolution.

This two day program features the years 1774 – 1776 on Day One – a time when the Royal Government collapsed in Virginia and independence was declared. Day Two covers the time period of 1776 to 1783 and presents the challenges citizens of Virginia confronted as they struggled to create a new society in the midst of war. Encounter well-known historic figures such as Thomas Jefferson and George Washington as well as lesser-known soldiers and citizens as they debate and dream about a future nation where all citizens are equal. The two stand-alone programs offer a diverse combination of scenes and programming, allowing visitors to experience each program uniquely, time and time again.

Admission to the program is included with a Colonial Williamsburg general admission ticket, Good Neighbor pass, or by presenting a College of William and Mary student ID. Outside The Revolutionary City area, Colonial Williamsburg’s Historic Area will continue to offer dining, shopping, trade shop experiences and exhibition sites. Activities throughout the Historic area will reinforce the theme of The Revolutionary City and will emphasize citizen participation at the heart of democracy.

Plan a Trip to Williamsburg

Discover what it took to earn our freedom. Participate in the telling of this unique American story, presented in a place and setting that brings the 18th century alive like no other place can. Visit Colonial Williamsburg this year and … Join the Revolution! 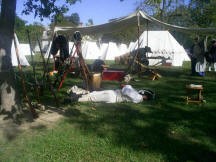 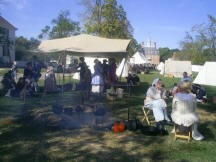