Historic Plantations on the James River 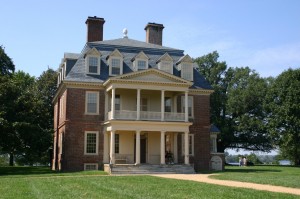 From Williamsburg VA to Richmond VA, lining the James River along the scenic drive of Route 5, sit large and magnificent gems from three centuries ago – the James River Plantations! Worthy of a fantastic day trip all on their own, these stately homes, some of them among the oldest in the country, were owned by some of the most influential people in United States history.

Most of these plantations are open today as tourist attractions, where you can step back in time to the 17th, 18th, and 19th centuries and saunter through the homes of several United States presidents and signers of the Declaration of Independence. Many of the plantations also offer guided tours, where not only can you experience the splendid architecture, grand furnishings and splendid gardens, but you can learn the plantations’ histories along with fun facts about their prominent former residents. How about touring the plantations and then dining at one of several restaurants that overlook the picturesque James River?

Berkeley Plantation
The most historic plantation on the James River, Berkeley was built in 1726 and is the birthplace of Benjamin Harrison and President William Henry Harrison (9th president of the United States). It was also the location of the first Thanksgiving in 1619. It was the Civil War headquarters of General McClellan and the location where Taps was composed in 1862. Breathtaking views of the James River can be enjoyed from several beautiful gardens, and costume guides will ensure that you get everything you can from the visit!

Sherwood Forest Plantation
The 10th President of the United States, John Tyler, called Sherwood Forest home and it has remained in the Tyler family ever since. Southern architecture meets Northern panache due to this James River Plantation’s unique history. President Tyler brought his new wife, Julia Gardiner Tyler of Gardiner’s Island, New York to Sherwood Forest. With her, she brought impressive furnishings and art and added a ballroom, which remain to this day. One of America’s oldest gingko trees, planted by Thomas Jefferson, also remains on the grounds.

Shirley Plantation
Virginia’s first plantation, Shirley Plantation, is a grand Southern plantation that has been owned and operated by eleven generations of the Hill-Carter family, and remains so today! Since 1613, the plantation has stood robustly through the developing settlement at Jamestown (1607); the Revolutionary War, and the Civil War. Original furnishings, silver, and portraits remain in the Great House, while eight original Colonial outbuildings and gardens remain outside. If ever there was a symbol that served as a direct link to every period of American history, Shirley Plantation is it!

Kingsmill Plantation
All that remains of the original Kingsmill Plantation, which was destroyed in 1843, is a pair of brick dependencies and outbuildings, although excavations have revealed an elaborate courtyard and gardens. Around 1736, the site held the mansion of Colonel Lewis Burwell, who was a naval officer for the lower James River. Near the plantation grounds is Burwell’s Landing, the riverfront site of an 18th century warehouse, colonial tavern, and war fortifications, along with three 17th century homes.

Other gorgeous historic James River Plantations just a few miles away from Williamsburg, VA include: Carter’s Grove (presently a museum owned by the Colonial Williamsburg Foundation which depicts both sides of plantation life-owner and slave life); Belle Air (thought to be the oldest plantation dwelling along Virginia’s Route 5 Scenic Bypass-built in the mid-17th century; Powhatan; Castlewood; Flowerdew Hundred; Four Square; and Bacon’s Castle, to mention a few more.

Find Williamsburg lodging and other Williamsburg area information! Everything you need to plan your trip to historic Colonial Williamsburg, Jamestown & Yorktown, and Petersburg  Virginia can be found here!

Continue to browse our site for room availability, Williamsburg events and attractions, restaurants, and the Historic Triangle: Williamsburg, Jamestown & Yorktown!

Getting married? Many of these plantations serve as the perfect backdrop for a Williamsburg VA wedding! Williamsburg’s thriving cultural arts, prominent history, quaint bed and breakfasts, and dining opportunities make it the perfect spot for a romantic getaway!